I know I’m right. But here she goes again, making everything sound so rosy and optimistic.

Can’t she see the the dark clouds on the horizon? And look, everyone is nodding and agreeing with her. I mean, seriously, aren’t they giving any critical thought to what she’s saying? We need to take a good, hard, and realistic look at what’s going on.

I guess I’ll have to be the one to point out the facts…again. So here I go…”Excuse me, but….”

Now, dear reader, how do you think this went for me once I started talking? What happened when I calmly pointed out my version of the reality of the situation, backed up with clear logic and facts? Did my colleague thank me and acknowledge the wisdom of my words? Was the team inspired to join together and focus on practical solutions to the problems I outlined? If this sounds like a rhetorical question, it is.

My comments did not get us working together, but rather caused my colleague to get even more persistent in expressing her view. And in reaction, I escalated my insistence about mine. The rest of the team looked on uncomfortably as we became more emotional and the exchange got more personal. If this had been a one time experience, it may not have been that important – but it was a common thing for us to interact like this.

Despite our best intentions, my colleague and I were stuck in a pattern and we needed help to see the pattern and get ourselves unstuck. 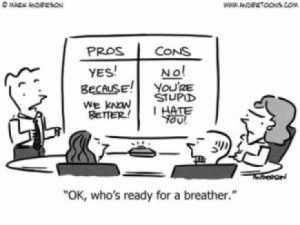 I’m Sure They Know What I Mean…

It’s not rocket science that effective communication is key to almost all our personal interactions. We all know that the way we express ourselves is going to have a huge impact on the space where we meet people, be that at work, with friends, or with an intimate partner.

Why then, do we so often find ourselves feeling misunderstood, stymied, and frustrated?

Often it’s because we’re not really conscious of the underlying motivations that are shaping our conversation. Or how our style of communicating is being perceived. We fall into predictable patterns of relating, convinced we’re doing fine, and certain that if everyone else would just smarten up, things would be great. Riiight… like that approach is going to work.

Hidden Motivations in Our Speech

This is what I think was really happening in the above story. Do any of these resonate?

One: I wanted my sense of self-worth to be validated. I wanted to be seen as having the bigger understanding, of grasping a situation that others couldn’t.

Two: I was motivated by fear about outcomes. That if we didn’t clearly see the challenges, then there was a risk that our venture could fail. This fear was coming out as a strident arrogance.

Three: As the exchange with my colleague played out, we each became more extreme in our stance to counter what we perceived as the other person’s unreasonableness. For me, my pride was at stake because if my view wasn’t acknowledged, I risked losing face in front of the group.

And four: Standing up to strong women is scary for me. I had a deep need to be heard and validated by my female colleague, and that also brought up fear about being “shut down.” I responded to that fear by upping my message.

Wow! that’s a lot of stuff to have bubbling under the surface while trying to have a conversation. And with all that going on unconsciously in me, my communication created tension, frustration, confusion, and fear in the team. In other words, my conversation style was not helping the space that my colleagues and I were meeting in.

So what happened, you ask? Did anything get resolved or did we end in a screaming match?

Well, there were a few tears, but no bloodshed.

Thankfully, I’ve been trained by my teachers. I’m also part of a team of people at Clear Sky that train each other as part of our Karma Yoga, or awakening in action, practice. This means we point out communication patterns in each other that we may not see ourselves. We encourage and support each other to be vulnerable and explore what’s going on under the surface. And we experience a sense of freedom when we’re able to change our unconscious patterns.

How do we get better?

So I’d like to share how we addressed this incident at work in a way that created growth and understanding.

After the meeting, my colleague and I asked the group to debrief with us. Specifically, we asked them to point out to us what they saw happening in our exchange. This led to some of the insights I named above.

Later, with some space and having heard the input of others, I was able to reflect more objectively. I saw some of my underlying fears and motivations, and the emotional states that had been triggered – ones that I couldn’t see or acknowledge during the exchange. Later, I shared those insights with my colleague, and then with the team as a whole, to make what had been unconscious more conscious and recognized. This sharing made it easier for me, and for my team, to catch if I start to fall into those old patterns in new conversations.

The result was that:

Our meeting space became more open, more relaxed, and more productive. Sure we can disagree, and even fight a bit, but we can trust that we will work to create a space that we enjoy sharing in. 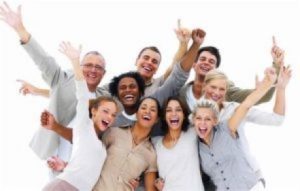